Report of the Board of Directors

ANNOUNCEMENT
Visit http://m.jasamargalive.com for rate information and CCTV
Home / Investor Relations / Corporate Information / Report of the Board of Directors

Board of Directors Report Fiscal Year 2019 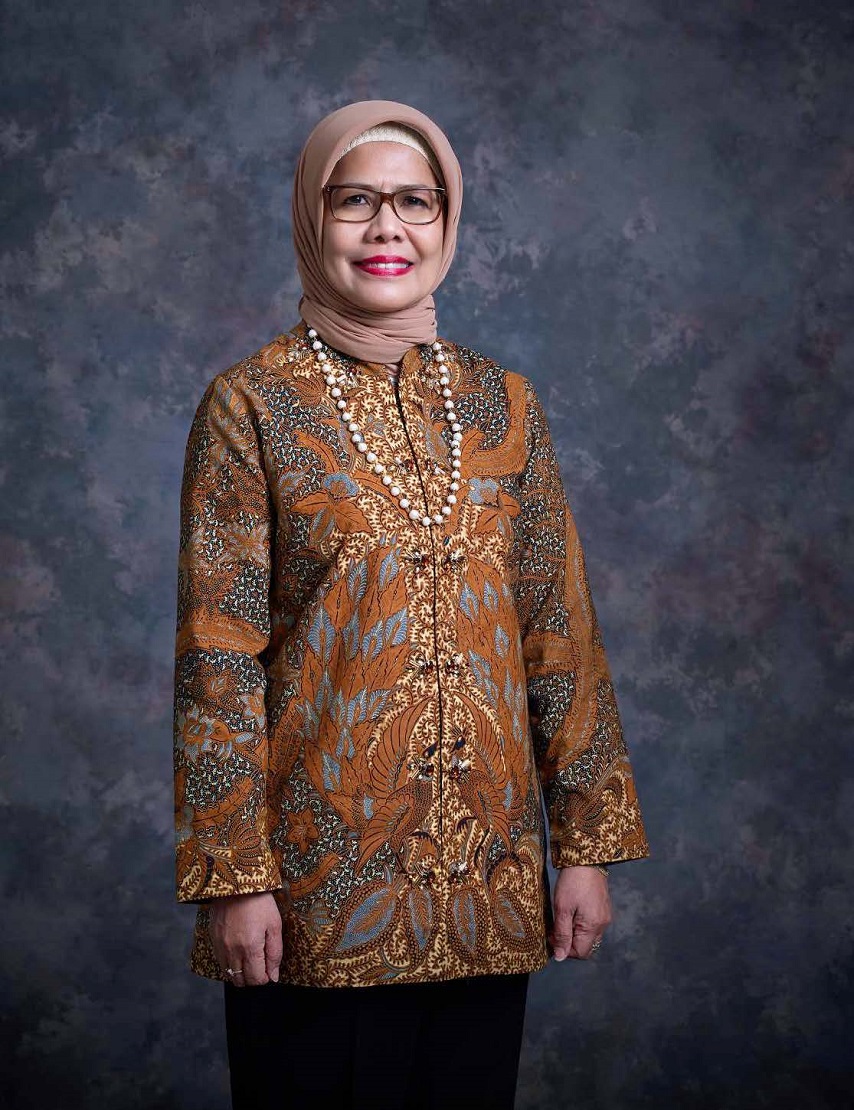 Performance of the Company in 2019

Pandaan-Malang Toll Road, which was inaugurated by President Joko Widodo on May 13, 2019, has a significant role in facilitating vehicle travel time from Surabaya to Malang, especially on weekends or holidays, because many residents want to visit the tourist area in Greater Malang. Surabaya-Malang which was previously taken in 4-5 hours became 1-1.5 hours.

Towards the end of the year, on December 6, 2019 President Jokowi inaugurated the Kunciran-Serpong Toll Road. President Joko Widodo in his remarks stated that there were at least three benefits from the operation of the JORR II Toll Road, Kunciran-Serpong Section. First, it will accelerate and expedite Banten connectivity to Jakarta, both industrial estates in Jakarta and Banten will be increasingly integrated so that logistics distribution will be easier and smoother, and third accelerate the movement of the Banten economy as a buffer zone of Jakarta which is ultimately expected to increase the number of fields work.

In the financial sector, the Company is still able to maintain good financial performance amid business expansion. This is seen from the net profit in 2019 amounting to Rp2.21 trillion or remaining stable from the realization in 2018 of Rp2.20 trillion, although the Company is currently doing a fairly massive expansion in the toll road business. In addition, the Company recorded a consolidated total non-construction business revenue of Rp10.98 trillion, increasing 12.26% from 2018 of Rp9.78 trillion. The Company's EBITDA on a consolidated basis reached Rp6.88 trillion, increasing 14.12% compared to the previous year of Rp6.02 trillion, with an achievement of EBITDA margin of 62.65%.

This performance is a positive impact of the operation of new toll roads in 2019 and the Company's success in connecting the Trans Java Toll Road network by the end of 2018. The construction of new toll roads has contributed to an increase in assets of Rp99.68 trillion or growing by 20.9 % of 2018 which reached Rp82.42 trillion.

In order to increase competitive advantage in the field of toll road operations, the Company has again become a pioneer in electronic payment of Nir Stop or Single Lane Free Flow (SLFF) with RFID-based barriers through the FLO application. At present a limited trial is being conducted by the Company by providing up to 41 SLFF toll booths that are spread across the Jabodetabek Toll Road and Bali-Mandara Toll Road.

In addition, several achievements of the Company have also been recorded in serving the homecoming travelers during Eid al-Fitr holiday in 2019. The company succeeded in relocating the transaction points at the Cikarang Utama Toll Gate (GT) to the Cikampek Utama GT and the Kalihurip Utama GT. Aside of breaking the record of trafficengineering as the longest ever in length and in time (413 km for 42 hours), the Company also recorded the highest record of traffic volume during the flow back of Eid al-Fitr travelers in 2019 at the Jakarta-Cikampek Toll Road who were passing through the Cikampek Utama Toll Gate(GT) and Kalihurip Utama Toll Gate (GT) which becomes the highest traffic volume so far in the history of toll roads in Indonesia, reaching 166,574 vehicles or an increase of almost three times the normal daily traffic volume (LHR) of the Cikarang Utama Toll Gate (GT) as many as 67,345 vehicles.

Meanwhile in carrying out its role as part of the community and social responsibility, the Company in carrying out its business is committed to caring for the environment by initiating various Corporate Social Responsibility (CSR) programs. Throughout 2019, the Company participated among others in channeling the Partnership program by providing loan assistance worth Rp53.8 billion to 1,442 fostered partners around the toll road.

The Company continues to maintain its commitment in accelerating the construction of new toll roads to support the Government's plan to realize economic growth and connectivity between regions. To that end, the Company continues to make various innovations to improve quality and efficiency, either in the areas of funding, business development and operations so that it can serve the entire community, especially toll road users, more optimally.

Positive performance that has been able to be maintained by the Company proves that our strategies have gone well. Currently in the field of human resources, the Company has 8 (eight) strategic programs for human capital and transformation namely Fix Fundamentals, Asset Optimization, Toll Road Business Expansion, Other Business Expansion, Organization & Business Process, HR & Capabilities, Portfolio Management and Communication Strategy that will carry out the Jasa Marga Group transformation acceleration programs by involving several work units of Head Office.

The Company continues to transform in order to run business process effectively and efficiently. This was carried out by starting to align the transformation with the Company's strategic direction like in the Fix Fundamental with program details, namely accelerating the Operational transformation with the use of ETC (Electronic Toll Collection) technology, formulating the policy on Over Dimension Over Load (ODOL) with the installation of Predictive Analytics system, and Asset Optimization with the implementation of traffic monitoring for traffic engineering, application of vehicle to everything technology, optimizing the assets related to rest areas, utilities, advertising, and building management.

In addition, the Company's strategy in the field of business development includes the Toll Road Business Expansion and the planning of toll road development that is integrated with businesses in the Toll Corridor Development, as well as the strategy in expansion to other businesses that are still relevant to the Company's core business of toll roads, by developing the Travoy application used for geofencing marketing.

Comparison Between Achievements and Targets

The performance achieved by the Company is based on the 2019 Corporate Work Plan and Budget (RKAP). The realization of several business sectors has increased significantly and exceeds the targets set in the RKAP. However, several other fields were still below the RKAP targets.

As for toll revenues and other businesses, the Company's achievement of Rp10.98 trillion or 95.5% was below the target set at Rp11.51 trillion. Investment realization of Rp19.51 trillion was 28.39% lower than the target of Rp27.24 trillion. Achievement of the realization of toll revenues and other businesses as well as the realization of investments that are lower than planned is closely related to the obstacles in the process of completing the toll road land acquisition which causes delays in the operation of new toll roads.

Obstacles and Steps to Resolve

Land acquisition is still a major obstacle in the completion of toll road construction. However, with the implementation of Law No. 2 of 2012, certainty in terms of both time and price, it has accelerated the land acquisition process.

In practice, the Company is also active in resolving land acquisition problems, including through coordinating stepswith the related parties and carrying out any necessary processes in accordance with applicable regulations. A number of these steps and policies resulted in quite good progress in land acquisition during 2019.

Infrastructure development is one of the seven main agendas in the 2020-2024 National Medium Term Development Plan (RPJMN). The infrastructure development agenda, among others, emphasizes connectivity to industrial zones, special economic zones, tourist areas, agriculture, and fisheries. One effort to strengthen national connectivity requires the addition of toll roads. Until 2024, the government plans to construct new toll roads at total length of 2,500 km. The government's strategic plan is an opportunity and challenge for the Company in developing its business in the future.

As a leader in the toll road industry in Indonesia, Jasa Marga Management believes the Company's business prospects in the future to be very good. In addition to the length of toll roads that continues to grow, there are several other factors that make the prospect of the toll road industry more attractive. These factors include: (1) Traffic volume on the toll roads managed by the Company is expected to continue to grow positively; (2) The concessions that are still in long period of time with the nearest ending time in 2044 for the 13 (thirteen) toll roads operated by the Company; (3) new toll roads that will be connected to the existing toll roads; (4) There is potential for additional toll road concessions through acquisitions; (5) Development of the property industry; and (6) Growth in sales of fourwheeled vehicles which is the largest market of toll road users.

The Company consistently applies the principles of Good Corporate Governance (GCG), namely transparency,accountability, responsibility, independency and fairness. In order to improve the quality of GCG implementation, the Company always assesses the implementation of GCG. GCG assessment can be used as a basis for management actions so that the implementation of GCG can be carried out more effectively. The assessment is part of the check and balance mechanism. With the assessment, the achievements of the activity can be known with certainty and further actions to improve the performance of an activity can be determined accurately.

GCG assessment is carried out using the Ministry of SOEs assessment parameters stipulated in SK-16/S. MBU/2012 dated June 6, 2012 pertaining Assessment and its Indicators/Parameters for the Implementation of Good Corporate Governance in State-Owned Enterprises. The assessment has been conducted by an independent party, so the quality of the assessment is expected to be better.

Likewise with the Information Technology Steering Committee which is considered to carry out their duties properly by the Board of Directors by organizing the meetings for discussion on IT strategy and its strategic alignment in business, IT implementation in accordance with the master plan, IT governance and supervision and periodic IT performance measurement.

Changes in Composition of The Board of Directors

During 2019, the composition of the Board Directors underwent a number of changes, as explained below.

Number, Nomenclature and Composition of the Company's Board Directors Before the Annual General Meeting of Shareholders on May 6, 2019

The number of the Company’s Board of Directors members before the Annual General Meeting of Shareholders (GMS) on May 6, 2019, was 6 (six) people consisting of 1 (one) President Director, 1 (one) Independent Director and 4 (four) Directors, with nomenclature and composition as follows:

The Annual General Meeting of Shareholders on May 6, 2019 decided, among other things, the changes in nomenclature of the Board of Directors positions as follows:

Number, Nomenclature and Composition of The Company's Board Directors After the Annual General Meeting of Shareholders on May 6, 2019

The changes in composition of the Board Directors are implemented with due regard to the Company's vision, mission, and strategic plan to enable effective, precise and fast decision making, and able to act independently.

In the period from after the 2019 fiscal year ended until the deadline for submitting the Annual Report, there was a change in the composition of the Company's Board of Directors. Given the appointment of Alex Denni, Director of Human Capital & Transformation of PT Jasa Marga (Persero) Tbk, to become Deputy of Human Resources, Technology and Information of the Ministry of State Owned Enterprises on March 3, 2020, as stated in the invitation of the Secretary of the Ministry of SOEs No. Und-4/MBU/S02/2020 dated February 28, 2020 which is a follow up of the Presidential Decree No. 49/TPA 2020 concerning Appointment for the Positions in Middle Senior Leadership in the Ministry of State-Owned Enterprises, then through the Board of Directors Letter No. AA.HC04,238 dated March 3, 2020 Regarding Proposed Appointment of Provisional Officials that have been answered with the Board of Commissioners Letter No. DK 029/III/2020 dated 05 March 2020 Regarding the Appointment of Acting Director of Human Capital & Transformation PT Jasa Marga (Persero) Tbk, the Board of Commissioners has appointed Mohammad Sofyan, the Company’s Director of Business Affairs as Acting Director of Human Capital & Transformation of PT Jasa Marga (Persero) Tbk, with the same power and authority.

The Board of Directors is committed to maintaining the Company's position as the leader of the toll road industry and playing an important role in supporting the Government's program to realize connectivity in Indonesia.

On behalf of the Board of Directors